Our Doors Were Finally Opened

On November 7, 2021 the JCC East Bay opened its doors to the public for the first time since Covid came into our lives. The reason was to welcome everyone to our first-ever LABAlive, during which we showcased the work of our CHOSEN fellows.

Here’s a rundown of the work: 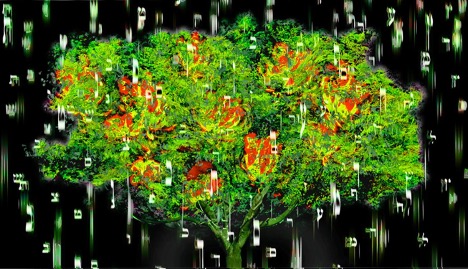 Description
A proposed mural inspired by Genesis. The work comes out of “In the Beginning was Desire,” a film I made with filmmaker David Grubin, based on interviews with Biblical scholar Avivah Zornberg.

Text
Rabbi Aqiba said: We were four who went into the Paradise. One looked and died, one looked and was smitten, one looked and cut the shoots, and I went in in peace and came out in peace. “Four Entered Paradise,” Talmud: Hagigah 14b 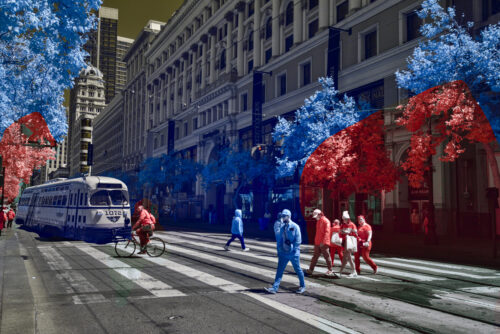 A Visual Exploration of Jewish Texts in the Era of Advanced Technology. Inspired by four classic Jewish texts, this project examines through photography the impact of humanity’s choices around deploying advanced technologies including AI, VR, robotics, and interconnectivity.

“The land we explored devours those who live in it.” Numbers 13: 32 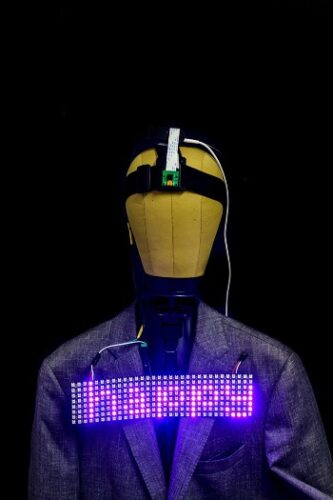 Title: “Structures of Emotion”
Genre: An interactive performance with a wearable AI system.
Description: We are being looked at by both humans and non-humans. How are we seen through these perspectives and how does it relate to how we see ourselves?

Inspired by ‘Unchoosing the chooser’ a text which recounts the story of the first king of Israel and the process in which god is being ‘unchosen’ by the people. Samuel is directed to warn the people of the wrongs that the king might bring with him, stressing that there is no way back from this choice.

“And in that day you will cry out because of your king, whom you have chosen for yourselves; but the Lord will not answer you in that day.” (1 Samuel 8) 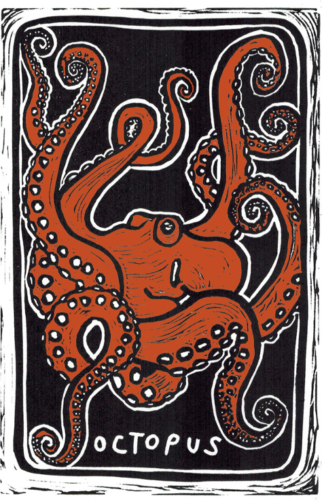 The first installment of a decolonized, more-than-human-centric earth-based tarot deck and guide inspired by coastal California ecology. Soul-Breath Tarot is designed to facilitate self-reflection, deepen spiritual connection with the world, and envision strategies for resilience amidst late-stage capitalism and climate crisis.

YHVH said to Abram “Go forth from your land, your place of birth, your father’s house to the land that I will show you.” Gen. 12:1-4

Rabbi Jacob son of Idi said “All soul-breaths of the righteous have been carved from the bedrock of the Throne of Glory to guide the body like a father guiding his son. For without the soul-breath, the body could not conduct itself, would not be aware of the Will, could not actualize the Will of its Creator.” Zohar, Abram, The Soul-Breath 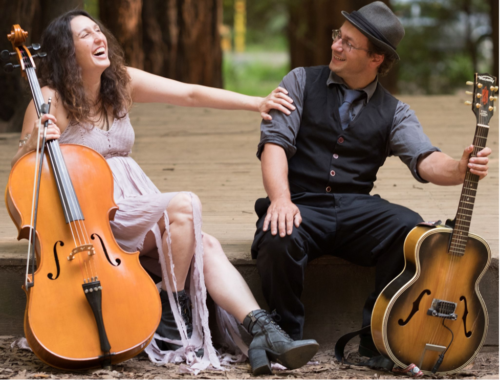 INSPIRED BY THE TORAH

The San Francisco Yiddish Combo continues their exploration of Klezmer music for the 21st century with a new album inspired by LABA readings.

Inspired by Saul Chosen to Be King, Siddur Ashkenaz, Ahava Raba (With a Great Love)

With everlasting love You have loved us Adonoy, our God; With great and abundant pity have You pitied us. Our Father, our King! for the the sake of our ancestors who trusted in You, and whom You taught statutes of life, so too, be gracious to us and teach us.” Siddur Ashkenaz, Ahava Raba (With a Great Love)

The project: The first words in the Torah; “In the Beginning God Created” carry the idea of the first creative act and the choices god made in what he created. The words were spoken into actions (some myth says that humans were created from letters). In my piece, the words are placed on images of driftwood elements found in nature. The driftwood images, which appear like old bodies or ancient scrolls, tell an ancient story of life long lived. The letters join in this dance of life, and express our connection with nature and our ancient Jewish tradition.

Inspiration:
“ The Aleph may be said to denote the source of all articulate sound, and indeed the Kabbalists always regarded it as the spiritual root of all other letters, encompassing in its essence the whole alphabet and hence, all other elements of human discourse.” (Gershom Scholem, the Kabbalah and its symbolism)

On Beauty: “Take a silver goblet as it emerges from the crucible, fill it with the seeds of red pomegranate, encircle its brim with a chaplet of red roses, and set it between the sun and the shade. “ (from the Babylonian Talmud: Tractate Baba Mezi’a, folio 84 a)