On Thursday, March 22nd, LABALive One will present an evening of subversive art and teachings on this year’s theme, WAR & PEACE. The evening will feature LABA teacher Liel Leibovitz and works-in-progress by LABA Fellows Brandon Woolf, Tal Beery and Jess Honovich. Here’s Jess on how she developed her upcoming theater piece. 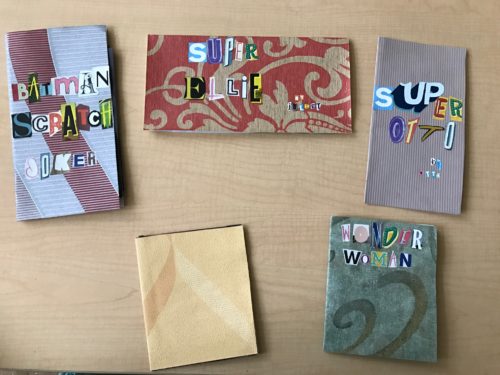 Rarely do I get the opportunity to bridge my professional life as a preschool teacher with my artistic one as a playwright, and I have been privileged to do so this year in LABA..

When I learned that this year’s LABA theme was WAR & PEACE, I felt invigorated, ready to deep dive into some themes I’d been wrestling for some time. As a preschool teacher, I find myself surrounded by themes of war and peace day in and day out: full scale battles on the playground, tests of strength in the block corner, negotiations and treaties between crayons and colored pencils. Teaching the very-very young is a fascinating challenge; you’re less concerned with academic concepts and facts and more focused on simply how to be a human who interacts with other humans. Many of my smallest friends are experiencing school for the first time, and with that comes a tidal wave of new experiences – not only conflict, but also the need to resolve conflicts for the sake of the shared community.

As my class enters the room every day, one can’t help but notice the onslaught of superhero paraphernalia: Superman t-shirt-and-cape-combos, Spiderman sneakers, Batman backpacks, Wonder Woman water bottles. Brandishing a superhero identity in the classroom is akin with bringing a lunch to school: we notice when it’s not there. Watching these identities manifest on the playground, in the block corner, in the art center, watching small humans share not as friends but as Robin and the Joker is a sight to behold. Why not investigate these questions and put them onstage? This is how SUPER PLAY began.

I was thankful to have the opportunity to sit down and interview over twenty friends between the ages of three and seven about super heroes. After their parents gave permission, I explained the purpose of the interview to each child: I would record their words with a microphone, then use their words in a play on a stage for grown-ups. We can stop at any time, and they can say anything they want. Each interview lasted between twenty and forty-five minutes, and we tackled a lot of complicated questions. Below is a sample interview question list:

Sometimes we’d think through an entire list of superheroes that would eat the whole interview. And sometimes we’d shy away from the microphone. Each child was also presented with pastels and paper, if they’d prefer to express themselves that way, rather than with words. Some children really used the art supplies, dictating a story of an original superhero and drawing the illustrations. This helped create some physical documentation for the project, something I hadn’t originally set out to pursue.

My LABAlive will involve four actors and a collage of verbatim scripts, pieces of text cut from over ninety pages of transcripts I’ve collected. Verbatim performance, in this sense, is defined as embodying both the words as well as the speech patterns and mannerisms of the original source exactly. It’s a script-in-hand sampling of my process, an ever-evolving attempt to understand SUPER PLAY, or “superhero play,” which was defined in an article from Putting Children First by the National Childcare Accreditation Council as “a form of imaginative or dramatic play in which children use figurines, costumes, or other props as accessories to imitate the superheroes that they admire.”

I am thrilled to bring my two worlds together with this piece, and I’m even further thrilled to share the results with the world.