Israeli-American playwright Zohar Tirosh-Polk is a current LABA fellow. For this year’s Purim celebration, she reminds us how the heroine of the Megillah can inspire us to heal a broken world.

Lately I’ve been feeling kind of quiet and stuck. Whether it’s Israel preparing to send African refugees back to war zones, the Israeli prime minister mired in corruption, or a sixteen-year old Palestinian child in an Israeli jail, I’ve been speechless. Deportations from the U.S., the #MeToo campaign, everything in the White House and mass shootings, don’t help either. I’ve been feeling paralyzed by the many forms of violence and conflict around the world.

Last week I was on a plane with my family. In a moment of boredom, I flipped through the airline magazine. As it was still February, one article covered a samba school in Rio preparing for the Carnival. There were pictures of feathers, shimmery costumes, beautiful smiles, and sunshine, I could almost hear the samba beat underscoring everything. Between that and early memories of dripping mangoes and chocolate, all of a sudden, there was life.

I should pause here and share that I was born in Brazil and lived there for the first five years of my life. Samba was everywhere, or at least it felt that way. Especially on Sunday nights on Fantastico (the name itself tells you everything), a popular TV show in the 1970s and 1980s. I remember the women — or goddesses, I should say — with sparkly costumes and feathers on their head smiling at my brother and me from our TV set. It’s not surprising then that the first thing I ever wanted to be when I grew up was a samba dancer.

The Book of Esther opens with a six-month carnival culminating with a seven-day lavish feast. It closes with a three-day celebration in which the Jewish people were ordered to drink, celebrate and rejoice. Purim is a reminder that on the verge of tragedy, a great celebration awaits. Judaism, like Carnival, asks us to choose life, again and again. It rejects indifference and inaction, and insists that we ought to celebrate as we continue to ponder, struggle, resist and persist.

Mordecai refusing to bow down to Haman, Esther putting her life on the line for her people, a community coming together to fast and pray: the Book of Esther inspires us to resist and persist. Over the last months, we have been called on to do that over and over again. Religious bans, deportations, systematic racism, Anti-Semitism, sexual harassment, mass shootings — the invitations to resist that which is wrong, illegal, unjust or even evil, keep coming.

In the face of this onslaught of challenges, we are also called upon to persist. There is much to do; it can get overwhelming; yet we must continue. Esther waited for the right moment to approach King Achashverosh. She took the time to think, to fast and to pray before she risked her own life, and most importantly, she didn’t give up in the face of calamity. She persisted.

The Book of Esther is one of the very few Jewish texts named after a woman. But it would be a wild exaggeration to call it a feminist text. Told by her cousin Mordecai to “audition” for the king — as the king “auditioned” young women in his bed every night — Esther then wins the coveted status of queen. Having been her cousin’s property, she is now the king’s. She continues to obey Mordecai when he asks her to keep her religious identity hidden (therefore she is called Esther, as in Hester, Hebrew for “hidden”), and then she follows his guidance when it becomes clear that the Jewish people are in danger. With all that said, it is Esther who puts her life on the line for her people. It is she who cleverly maneuvers her situation so that the truth comes to light, and it is she who ultimately saves the Jewish people.

Like Esther, many women are putting themselves at risk around the world. Here at home, the courageous women of the #MeToo campaign have allowed the floodgates to open, and the young Emma Gonzalez leads the way toward gun reform. A new scroll is now being written as women battle corruption and injustice, lead resistance movements, and inspire worldwide change. May we recognize them, listen to them and celebrate them, as we all try to heal our broken world. 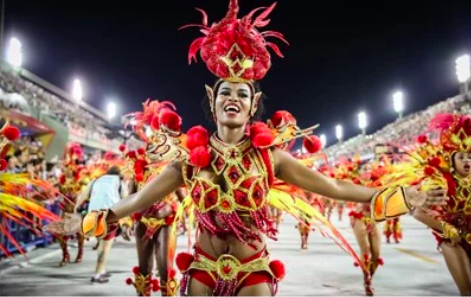