Sommelier Discusses DRUNK, an Evening of Wine Pairings with Jewish Texts at the 14th Street Y

“Wine is alive,” says H. Ronald Jordan, wine merchant. “It breathes. It changes. That’s what’s so wonderful about. Try this.”

Jordan sets before me a glass of cava. It’s smooth, fizzy and fruity, and for a moment I’m not in a midtown restaurant but in a café in some sunny Mediterranean piazza.

“Wow,” I say. Not the most articulate response, but it’s that kind of wine.

“You see?” Jordan says, gesturing to the bottle. “It’s alive.” 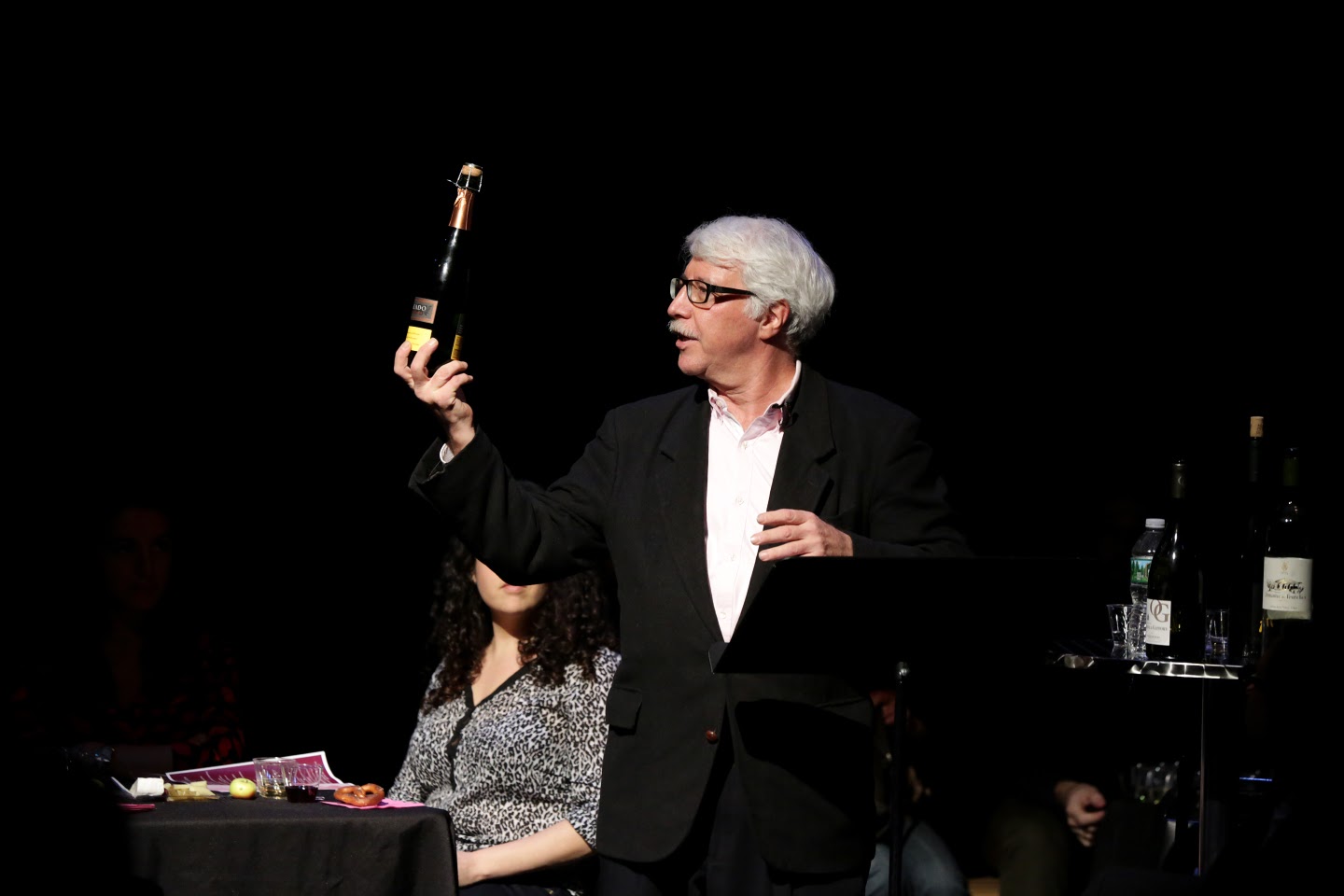 Jordan, who has a full head of silver hair with an equally full and silver mustache, and I have met to discuss DRUNK, an evening of art and performance inspired by Jewish texts, coming this Saturday, November 18th, at the 14th Street Y. Jordan is the official sommelier for the event, which was put together by LABA, a kind of incubator for Jewish art and culture sponsored by the 14th Street Y.

So why start with cava? First of all, because it’s cava, and second because the DRUNK’s first text is the passage from Proverbs 23 warning against the fruit of the vine: “Who hath woe? Who hath sorrow? […] Who hath redness of eyes?[…]They that tarry long at the wine.”

“They want to talk about woe and sorry,” he says. “Well my antidote to woe is a sparkling wine.”

This one is a kosher sparkling white from Spain called Taanug — which, Jordan reminds me, is the Hebrew word for “pleasure.” I mention that is indeed hard to have a good sparkling wine without smiling. 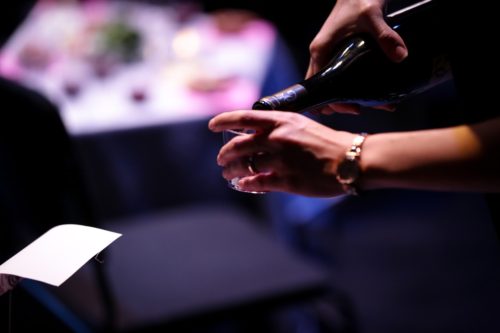 The thinking part is a “serious red” that Jordan has paired with a serious (but also kind of funny) Talmudic text, the famous story Rabbi Rabbah and Rabbi Zeira. On Purim, the rabbis get drunk together; they’re so hammered that in the night Rabbah “arose and slew Zeira.” When Rabbah sobers up, he begs God for mercy, and Zeira is revived. The following Purim, Zeria unsurprisingly refuses Rabbah’s invitation: “Not every time does a miracle occur,” says Rabbah.

“So here’s a serious red,” says Jordan. “Bekaa Red from Domaine des Tourelles. It’s a heavy-duty blend from Lebanon. It’s got Syrah, Cabernet-Sauvignon, Cinsault, Carignan. Think about eating a lamb chop when you taste this wine.”

It is indeed heavy-duty, a lovely, deep ruby-red with the taste of fruit and tannins. I can see how anybody might drink enough of it, if not to kill someone else, then to pass out. Jordan knows his stuff.

Jordan describes himself both as a “hardcore practicing Jew” and a “wine merchant.” He worked on Wall Street for twenty-five years, trading municipal bonds. Like many New Yorkers, he reassessed his career after 9/11. He got certified as a sommelier, and for fifteen years he’s been in the wine trade.

“With DRUNK, I want to show people something new and surprising. I want to go with my own philosophy, which is, Don’t spend over $20 if you’re buying me a bottle of wine. Buy me something weird. Something unexpected. Try this.”

The final text is another pretty heavy passage, this one from the Tanya, about our Godly and animal natures at war with each other for dominance over our bodies. Jordan’s pairing is indeed surprising — a light, fizzy, and only slightly sweet Lambrusco from Villa di Corlo.

“Again, we’ve got a serious text and a light wine. Because I like to be a little weird. And because I want to end with a smile.”

DRUNK is an evening of art and performances inspired by Jewish texts. To buy tickets, click here.