At the outset of this study year, LABA’s new scholar, acclaimed author and journalist Liel Leibovitz, calls upon us to throw down our gauntlets and join him to an unpredictable and hazardous journey straight into a treacherous territory – this year’s theme, WAR & PEACE. 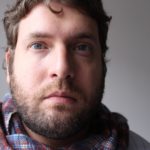 “War is wonderful. They’ll never stamp it out. It’s one of the few times people can act their best. it’s so economical in terms of gesture and motion, every single gesture is precise, every effort is at its maximum. Nobody goofs off. Everybody is responsible for his brother. The sense of community and kinship and brotherhood, devotion. There are opportunities to feel things that you simply cannot feel in modern city life. Very impressive.”

This pronouncement was made in the winter of 1974. The speaker had just returned from Israel, where he toured the front lines of the Yom Kippur War, observing the Israeli army go from near defeat to gritty—and miraculous—victory. He was a Canadian-born singer, moved by the moment to travel to Tel Aviv and entertain the troops, singing his songs in between bursts of gunfire and rockets. His name was Leonard Cohen.

It’s easy to dismiss his musings as the observations of a bored dilettante in search of cheap thrills, but Cohen, ever the prophet, understood something about the nature of war and peace we too often ignore these days. War, he knew, wasn’t an abstraction, an ephemeral concept to contemplate, like love or hope or hatred. War is more primordial and more instrumental. It is one of our oldest organizing principles, if not our most dependable operating system. We wage it so often because in its bloody bowels we find meaning and reassurance, however fleeting, that there are things still worth dying for, which suggests that there are things worth living for as well.

Over the course of the coming year, then, we will approach war with the awe it ought to inspire, not with bloodlust or terror or fear but in reverence, moved by the sacrifices so many men and women have made to show us the path to peace. We will begin with the first act of violence recorded in our tradition, that of a man striking down his own brother, and from there follow the ancient texts as they instruct us in thinking our way through the unthinkable. As we wrestle with the differences between holy and earthly wars, ponder our obligations to our enemies, and feel our way through the hotly debated codes of military conduct, we will slouch towards the soothing visions of the old prophets who promised us eternal peace someday.

Our theme, sadly, could not have been more timely. As more and more corners of the world are writhing in war’s darkness, it is our obligation to think seriously about this most primordial of questions, old as humanity itself, the question of why we fight and what, if anything, can make us stop.