Tal Gur is an Israeli-American composer, multi-instrumentalist and a music therapist. He was born in Israel and grew up in an Air Force base in the valley of Jezreel, where the sounds of combat aircrafts taking off the ground and the sights of fertile plains have influenced his curiosity to humankind and nature. The curiosity developed to an evolving force of expression that found its way mainly through music. He studied for a B.mus at the Jerusalem Academy for Music, majored in saxophone jazz performance. Over time Tal developed an identity as a soloist that fluidly plays different styles of jazz, folk, rock and balkan music and have performed, recorded and collaborated with various bands in Israel, Europe and the United States. Tal’s curiosity for music, human beings, relationships and psychology have brought him to pursue an M.A in music therapy from Bar-Ilan University and a post graduate training from NYU. He lives in Brooklyn with his partner and with his daughter and works in a school in Manhattan for children with autism. He released three albums as a composer; Air Portrait (2008), Basar Ve’Dam, (Flesh and Blood, 2011) and Under Contractions (2014).

During my year at LABA, I am planning to complete my piece that I’ve been developing lately – “Mind Crossing”. Originates from the question “what’s crossing your mind?” a fundamental question in psychoanalysis, Mind Crossing is a powerful multi-disciplinary performance fusing music, dance, video, and documentary. It is based on a collection of letters which my grandfather wrote after World War II. It is a piece about loss, love, transference of trauma, fate and faith and I am hoping to integrate the wider context of Jewish identity through the learning process at LABA. 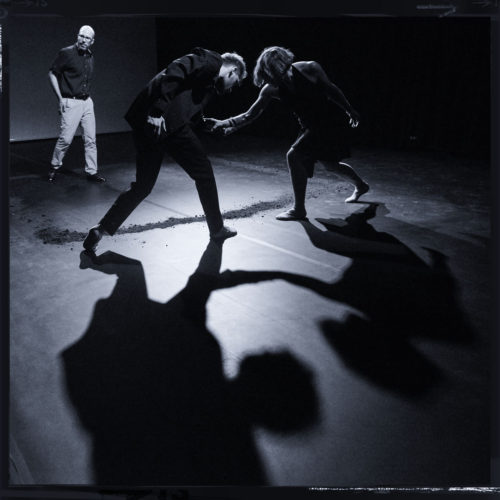 What is your favorite East Village spot?

I must say I can’t think of a specific spot since I don’t hang out in this area enough:( I actually know a nice eyeglasses store I bought a nice pair…It’s called Anthony Aiden opticians

What is the place that most inspires you?