On Thursday, May 11th, LABAlive Three will present an evening of art works and subversive teachings exploring our annual theme, OTHER. The evening will feature teachings by LABA Scholar Ruby Namdar and works by fellows Michael Leibenluft, Laura Beatrix Newmark, and Elana Greenfield, who will present her work in progress, WRENCH: Part IV.

Here, Greenfield talks about her project with LABA Journal Editor, Hanan Elstein, and shares her new thoughts on our theme and its personal and political significance to her.

Hanan Elstein: Can you tell us a little about your project for LABAlive?

WRENCH is a play about living in a world that is becoming increasingly militarized due to ‘natural’ disaster and war. The first section of the play begins after a flood ‘event’. The play is/will be written in six sections and function cumulatively. As the play progresses one could say the women have joined a militia and/or are in the military, probably ‘deployed’, and possibly have become cut off from their unit. However, the definition of what this means within the play-world should remain open. As the familiar world fades an ancient story/landscape begins to emerge. 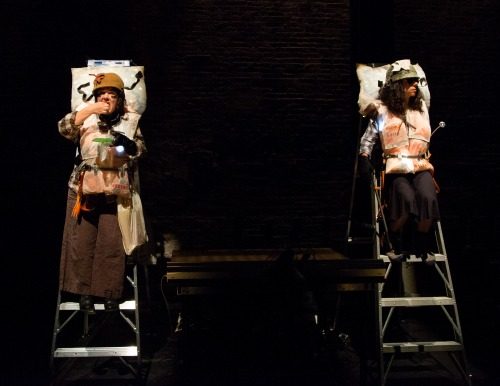 ­In Part IV, which is still very much in the works, I am interested in investigating the tension between inner and outer geographies and the moments they meet in time and space; maps/grids, known and unknown alphabets; the transmutation of names. And how, ­­­under particular circumstance, when the external, recognized geography and ‘named’ places become, for whatever reasons, Other – these inner and outer geographies might begin to merge and bleed into each other. The characters in Part IV of WRENCH exist on this threshold.

In this part I am also interested in investigating places that function like airports, but are not airports. I should say that I don’t as yet know what these places are. But I assume they would contain some version of a ‘duty-free’ shop.

HE: Can you give us an example of an ‘inner geography’??

EG: Yes, for example, the ‘Burma Road’. This is not in the play as such, it’s simply an example. My mother spoke of the Burma Road. Sometimes this seemed to be an actual road, sometimes a dirt path and sometimes just a ‘way’ people created as they went. I knew it simply as the way which, if she could find a jeep, my mother was able to get from Mount Scopus in Jerusalem where she was in nursing school, to the village below Nazareth where her five-year-old sister lived. In this frame the ‘Burma Road’ is a geography of trying to (and perhaps insisting on) reaching those you love. I suspect all inner geographies start in this way, creating routes to reach those one loves. At the end of this section of the play the women’s bodies are literally taken over by maps/grids, names of places and known/unknown alphabets. Additionally, where Part I of the play deals with water (it starts after a flood ‘event’), this section deals with oil, sand and fire.

HE: How is the work related to our annual theme?

EG: If there is an organizing principle to this work, I would say at (or near) the core is Other. I am interested in peripheral vision, in things we catch site of at the moment they transform from known to Other or vice versa: the moment when Other transmutes into something which might feel familiar, known, or maybe once known.  The characters in WRENCH: Part IV only exist in this ‘tension’.  If this tension were resolved, the characters would disappear.

HE: Any new thoughts about the Other and otherness?

EG: I have many. The texts we’ve studied are so huge and so facetted! But right now I have a question, and this comes to the fore also because I’m teaching some of the works of the German filmmaker Rainer Werner Fassbinder. His work addresses, as does that of so many other great thinkers and artists, including Wilhelm Reich and Sarah Kane, the following issue: Why do more or less democratic, tolerant societies become subverted, threatened, or fall to totalitarianism and fascist elements?

So my question is: Why does this destructive force (that repeatedly threatens democratic, tolerant societies) feel/seem so Other — in spite of the fact that it tragically rears its head in just slightly different guises over and over again? I wonder if its by perceiving it as Other that it’s allowed to keep its charge. I am going to visit this formulation of the question in a couple of months and revise it. 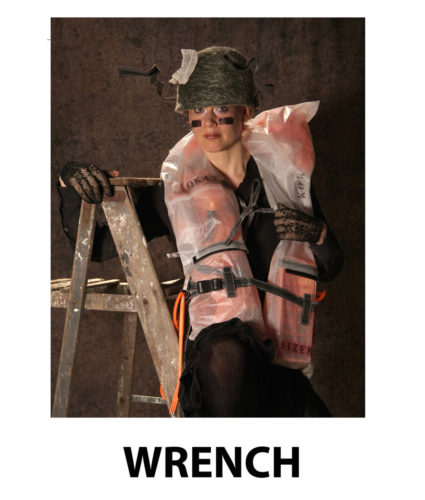 HE: Which of the texts we’ve studied so far, or the discussions we’ve had, have most stuck in your mind, and why?

EG: I have been pretty much blown away by all the sessions; but most recently I was profoundly engaged by the session and discussion around the meaning and implications of Tahor and Tameh, by the the concepts themselves, and also on a personal level: During the session I began to see parallels between some aspects of these two (opposing but interrelated) concepts, and Wilhelm Reich’s concepts of Orgone and DOR. I grew up in a family interested in the ideas of Wilhelm Reich. Reich was a scientist and a student of Freud’s who was exiled from all the European countries he lived in, mostly for opening clinics in which contraceptives were available. Seeking refuge in the U.S., he tragically got caught in the McCarthy witch hunts.  He was jailed and his books were burnt in 1956 in NYC in one of the Sanitation Department’s incinerator plants on Gansevoort Street. Reich identified two forces in the cosmos:

Orgone, which is a radiant, pure, non-polluted, life-giving force – parallel to TAHOR

And DOR, which is stasis, decay, a dulling down, and disease bearing – parallel to TAMEH

These similarities became evident to me during the session, and increasingly so as I thought about it afterwards. Having grown up absolutely non-religious, I find it both illuminating and immensely strange in ways I am still digesting, that I actually spent a huge amount of time interacting on some level with aspects of this biblical concept/delineation, without ever knowing it.

I was blown away as well by the story of Rabbi Yochanan – his markings of the caves that were burial caves, tied in with the concept of Tameh. When Ruby Namdar explained what the Rabbi was actually doing was making a map of the paths of purity, he said something to the effect of “A map of the Paths of Purity. I would like to see that map!” At which point I must have gone into an altered state, as it suddenly occurred to me that I really wanted and needed to see that map too!, and that I would probably never be able to finish WRENCH: Part IV without seeing it.

When I re-emerged a couple of minutes later, some kind of strange ‘edit’ had occurred because by that point Rabbi Yochanan was bathing in the Jordan river and Resh Lakish, the great bandit, was just jumping into the water with him. It’s just action packed!

From a Map of the Paths of Purity we were suddenly in a Kurosawa film, where two men of great beauty and power – one a great teacher and one a great criminal – are bathing together. I immediately cast it as Zero Mostel and Geoffrey Rush. It’s been like that. Deeply engaging, at times almost hallucinatory.

I have a feeling that what we studied will continue to affect me for years to come.