An Inside Look at Yehuda Hyman’s, The Mar Vista

For the past three years, Brooklyn playwright, dancer, choreographer and actor Yehuda Hyman has been developing The Mar Vista, a five-part narrative of his Jewish working-class family’s saga. The piece, generated as a collaboration with the Mystical Feet Company (Ezra Lowrey, Ron Kagan, Amanda Schussel, Ryan Pater, Dwight Richardson Kelly), has been running since December 1st at the Theater at the 14th Street Y. Its final shows are held this week.

Hanan: The Mar Vista spans almost a hundred years. The colorful story begins in Eastern Europe of the 1920’, journeys through your childhood in L.A., and comes to a closure a few years ago on an island off Istanbul, in the wake of your mother’s death at an old age after a life full of passion and longing. Tell us more about it. What does the title refer to? What do you see as the core and focus of the story?

Yehuda: Mar Vista is the name of the neighborhood I grew up in on the West Side of Los Angeles. Mar Vista means “view of the sea” in Spanish. We had no view of the sea. The view of the sea was in the stories my mother told me – her remembrance of her great, passionate and enduring love that always, always had the sea as its background. My mother grew up in Istanbul, a city on the water, a city of two continents and many religions – a fascinating place of duality. In this work, I am attempting to present an experience of the tidal forces in my parent’s stories, the complex pulls and shifts of love and history that make up my experience of being the child of these two passionate people. 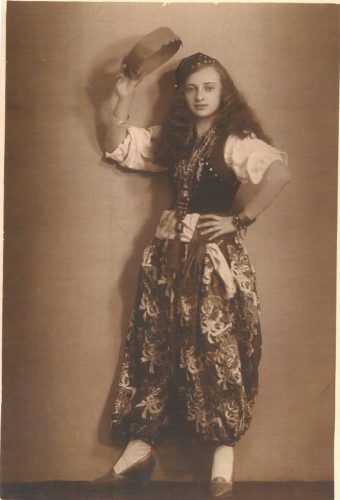 Hanan: What was your process of developing the work around it? Could you expand on your technique for crafting story lines?

Yehuda: I began to work on this while my mother, Sara, was still alive, and really it was just a desire to make a theatrical event around the stories she told me, which fascinated and entertained me as a child and then provoked, stimulated and confused me as her stories became more complex when she revealed more information to me as an adult (we spent thirty some odd years where she revealed more and more info). My attempt to write this as a “straightforward play” failed miserably. I have the drafts to prove this. I also came to recognize that I am not the kind of person to write a play in a straight narrative (i.e. Arthur Miller). I admire this craftsmanship immensely but I can’t do it. It was only when I began (during my MFA studies in Dance at Sarah Lawrence College) to explore the path of telling this story through both dance and text that it began to reveal itself. The first section of the work, HAMSA, was my miniature, a test version – how to bring in a story that deals with the metaphysical, the historical, the personal and the spiritual, in words and movement, in the barest possible way. This method (I hesitate to use this word but I do) is the blueprint for this work and for the work I wish to continue making as it is based in the memories of the body. Another very vital element of the “method” I use is that it is intensely collaborative. I am working specifically with the performers who are in the piece – drawing movement, story, and dialogue out of their essence through structured improvisation that takes place over an extended period of time. I urge them to write, to bring their total imaginations (and quite marvelous talents, I must say) to the rehearsal studio. We really are all in this together. There is no other way to make this work and I would not have it any other way. I do theater because I crave the human experience and the thrill of making something together. I also enjoy being in my solitude curled up on my green chair and writing, but theater – theater to me means making work with a group.

Hanan: The detailed story line doesn’t unfold in an orderly, chronological fashion. There are plenty of gaps and rapid shifts, and at several moments the chronicle circulates between scenes. Can you elaborate on this narrative construction?

Yehuda: I do a LOT of backward walking and sometimes running in this piece. I am moving backwards into the story of my mother, father and me, and then forward, and sometimes sideways, and this is the construction of the piece. Much of the information about my father was only revealed to me after he died (first through my mother’s partial view of his history and then through additional anecdotes from relatives in Cincinnati, New York and Germany). I reflect this non-linear learning of the past in the physical staging – you see this, you hear this, then you don’t, then an image, a word, a name, reappears later in the story (as it did in my life) and has a different meaning. I set this up in one of the early scenes, a rehearsal with Amanda Schussel who plays the mother. We play a somewhat pedestrian rehearsal scene and then we walk backwards and repeat the same scene from another angle – this is what I’m doing. If you look at an event from one viewpoint it has a certain meaning, and if you see the same thing from another angle it means something else. I love this duality and I love the idea that the audience can make their own conclusions as to what actually happened and what might be happening. 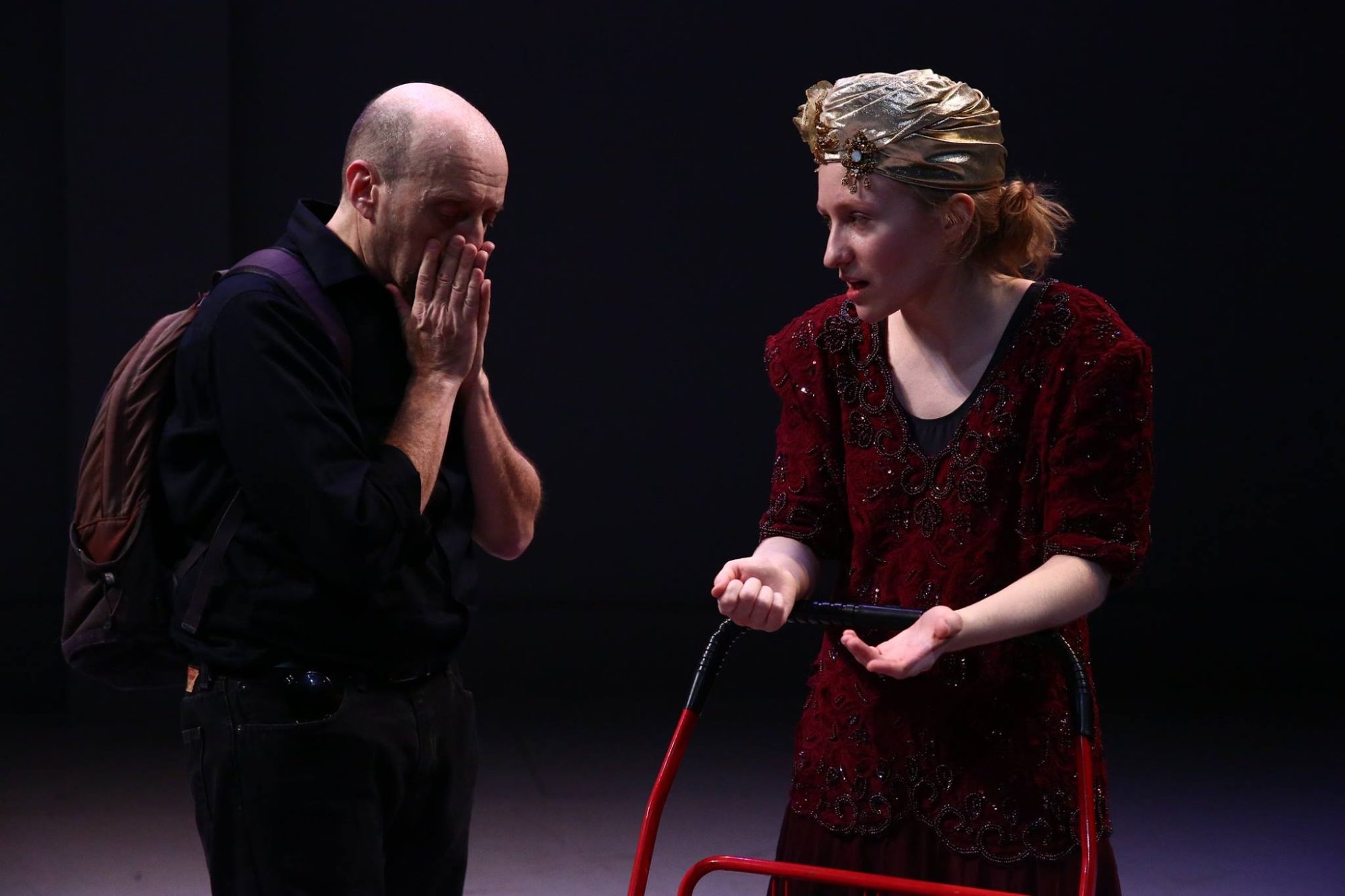 Hanan: There is a visible contrast between the set and what happens on the stage. The minimalist, quiet, almost bare set consists of only a few props. However, the performance is physical and energetic, fusing dance, mime, spoken word, improvisation, ritual and rich sound effects and score. What does this aesthetic tension signify? What did you plan to point out by merging various art forms?

Yehuda: The bareness of the stage is both an aesthetic choice and a financial choice. The financial constraints (we be poor!) force us to rely primarily on the storytelling and performance to evoke myriad characters, locations, worlds (although we do have some exquisite costumes by Amy Page). In any event, for me, the most exciting theater (the theater of Peter Brook for instance or the great art of the Indian classical dance of Bharatanatyam) has always been explicitly about the transformations of the performer and the immediacy of intimate relation between performer and audience. The older I get the less I enjoy elaborate stagecraft – hydraulic lifts, etc. (although, I confess, I would love to rise out of the floor on such a contraption someday; any producers out there hearing this?). I do, however, love the magic of stage lighting (and Kryssy Wright’s magical lighting in this work) and the way the simplest shift in color or angle can evoke so much. But what we are doing is essentially storytelling, and really, it’s “by any means necessary” – if we can do it best in a dance we do it in a dance, and if it’s in words we use the words.

Hanan: In the show, you declare you wished to make a piece about your mother. I am also wondering if you wished to make “Peace” with your mother in some way. Did you reach a new level of understanding of your relationship with your parents by making this piece? Is this why you chose to perform on stage along your collaborating artists?

Yehuda: I was attempting to both make a piece about my mother and also make some peace with my mother. I was never at war with my mother, I just wanted to tell her story and since the writing of this took place before and after her death it was complicated. I definitely was looking for a way to make peace with myself and with my relationship with my father (difficult), and with certain aspects of my relationship with my mother. Perhaps some might say it had an inappropriate intimacy. I’m not talking about a physical intimacy, but about a complex relationship that played with the emotional borders of what a mother and son relationship is.  There is a section of the show in the second act, a very short dream sequence where the character of the young me (played by Dwight Richardson Kelly) either truly sees or thinks he is dreaming that he sees his mother in the backyard kissing someone. This fragment of the piece contains a painful question that I have tried to answer and cannot. What the audience will make of it I do not know and that is interesting to me. What I definitely have been doing these last eight years is finding ways to deal with my grief at the loss of the most important person in my life. Regarding my being in the piece – well, this is very difficult. It would be interesting to me to see someone else inhabiting my role, but then again, me, myself, being on the stage and taking the audience on this tour of something very personal to me… well, that’s what it is right now.

Hanan: You were a LABA Fellow for 2013/2014, when the annual theme was “Mother.” How is The Mar Vista inspired by the ancient Jewish texts you studied at LABA? 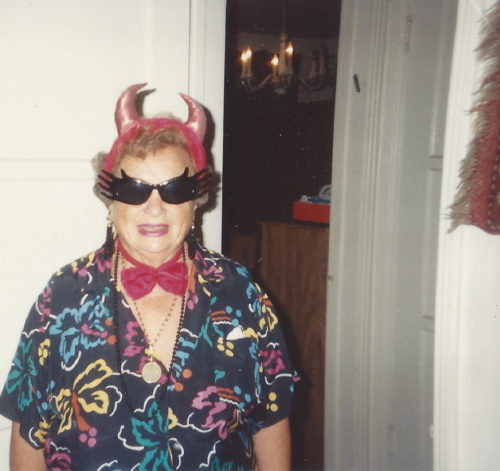 Yehuda: Studying biblical/Talmudic/Hasidic texts around the subject of “Mother” with the inimitable Ruby Namdar, Ronit Muzkatblit and Elissa Strauss was deeply inspiring.  It gave me the courage to really go deeply into the erotic aspects of this work. Our ancient texts do not shy away from the mix of sexual and spiritual, it’s all there in plain sight for anyone to see if you are willing to look at it, but also easy to turn away from. Studying with LABA and my fellow artists I was inspired to go several layers deeper into Mother, and, in fact, find the mythical in my own mother, Sara.