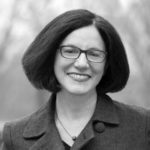 Judith Shulevitz is an essayist and editor who has helped found or relaunch several magazines, including Lingua Franca, New York Magazine, and Slate.

Her essays have appeared in the Atlantic Monthly, the New Yorker, and other publications, and she has taught at New York University and Barnard College.

She is the author of the The Sabbath World: Glimpses of a Different Order of Time (2011).

I am developing a book idea that would focus on women and their unpaid work. It is my thesis that the quest for gender equality is futile unless we address the devaluation – social and economic – of care. I want to trace the history of care’s denigration, to explore and mine long-forgotten solutions to the problem, and propose new solutions, no matter how utopian. Indeed, I want to reclaim feminism’s great and too-often scorned utopian tradition. To this end, I am reading ancient and modern philosophy, works of feminism and socialism both classic and obscure, economics, and, of course, the great utopian novels, most of them from the 19th century.

How does this relate to the other? Well, woman has long been the other, and certainly has that status in the classic Jewish texts. She is the other closest to home, her selfhood and her work both idealized and rendered invisible.

The chance to study interesting Jewish texts from the unusual perspectives brought to them by LABA fellows.

In an election year like this one; with a refugee crisis upon us of a severity not seen since World War II, the rise of nationalist populism around the world, and the police killings we confront almost daily – do we even need to ask that question? There is no topic more pressing right now. If we are not thinking constantly about the Other, if we don’t make a practice of questioning our own implicit biases (in Hillary Clinton’s term), then we are complicit in whatever bad things occur. These are not new problems; they are ancient. The ancients grappled with them as much if not more than we did. And so I am eager to see how Torah can guide us here.