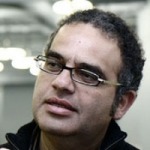 Otherness, the mirror in front of which the self is defined, comes in many forms and shades. The most obvious circles of Otherness are the socially defined ones: species, race, religion, ethnicity, the relationship to minorities and misfits within one’s own society. Otherness becomes even more potent when it enters the intimate circle: gender, parent-child conflict, sibling rivalry. How much deeper can we dig? What needs to be done in order to unearth Otherness at the very nucleus of the individual self? Is The Other external, or is it an inner force that we project, in varying forms and levels of intensity, on our surrounding? Can it be claimed that the I and thou split, that Otherness, is in fact the foundation of the self? If so, why are we so obsessively busy denying it?

As our study program for this year proceeds, we will delve deeper and deeper into the idea of Otherness and it’s manifestations in ancient Jewish text. Using sources from the Bible, the Mishna, Talmud, Midrashic and Kabbalistic literature we will inspect the many manifestations of The Other: The relationship with Ger and the Nochri – those of other race, ethnicity and religion;The attitude towards the disabled, the disfigured (Baal Mum, Metzora, Mekhoar) and the ritually impure (Tame, Niddah); The otherness of gender and finally the otherness within the individual (Yetzer HaRa). We will also explore the fascinating literature describing other worlds: celestial as well as under-terrestrial universes the stories about which are a wonderful source of inspiration and imagination.