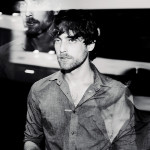 Gon Ben Ari is a critically acclaimed writer in Israel, known for two novels (Sequoia Children is being translated into English) and for his magazine writing at major Israeli newspaper Yedioth Ahronot. He is currently located in Brooklyn, NY, where he writes fiction (Ben Ari was titled a MacDowell Fellow for 2014), film, and journalism (Forward, New York and Yedioth Ahronot, Israel).

Two pieces for The Forward: “How Gaza War Puts Hebrew Language on Front Lines” and “Sex, War, Social Media and the Israeli Imagination”

An episode of the Israeli comedy duo Nitza ve’Lehem, which Gon co-wrote

I have been studying different angles of Jewish thought throughout the last decade, and LABA seemed like an interesting and fresh perspective. I always find Ruby’s approach to the ancient texts to be smart, insightful and revealing.