Is Time Circular or Linear? A Jewish look at before and after… and before. 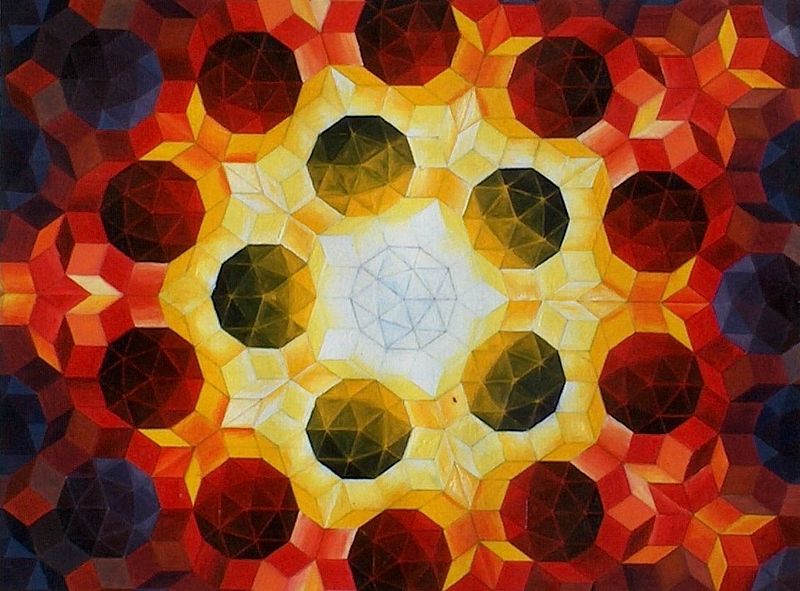 The major culture war of our day sets two worldviews against each other: “fundamentalist” vs. “scientific,” or “religious” vs. “secular.” This culture war has a long history, with roots in the time of the European Enlightenment. The Yiddish tale that served as the starting point for “The Last Dybbuk,” our devised theater project for LABA, is a story about how this culture war played out in the Jewish communities of Galicia (in Eastern Europe) in the mid-19th century.

While studying texts about time, in the LABA sessions and outside of them, I came to identify two particular views of how time flows over the long run, which I call the Circular View and the Linear View. I found comparing the two views of time to be a revealing way to distinguish the two opposing camps whose battle animates “The Last Dybbuk” and continues to divide our world.

First, to explain the dybbuk story:

A maskl (in Yiddish) is a follower of the Jewish Enlightenment (Yiddish: hoskole; Hebrew: haskalah). In 19th-century Galicia the maskilim (plural of maskl), were way outnumbered by the Hasidim (followers of a then-innovative form of Jewish religion based on popularized, ecstatic mystical practices and featuring charismatic leaders). The maskilim waged a ferocious war against the authority of the charismatic leaders of Hasidic sects. For the insurgent maskilim, the most repugnant of these Hasidic rulers were the wonder-rabbis, who established their authority (and enriched themselves) by performing miracles. To the maskilim, these wonder-rabbis represented the worst kind of preying on ignorance and superstition – the “darkness” against which the maskilim were crusading . “The Last Dybbuk” is an account of the decisive defeat of one of the Hasidic wonder-rabbis at the hands of a maskl-hero.

A dybbuk is the spirit of a deceased sinner that has penetrated a living human being and manifests socially unacceptable behavior. “The Last Dybbuk” was transcribed from an informant in Czernowicz at the beginning of the 20th century by the Yiddish journalist-editor–ethnographer-poet Samuel Hurwitz (pen-name “A. Litwin”). Set in a small town in Eastern Galicia in about 1865, it tells of a former Hasid, now a follower of the hoskole, who challenges a Hasidic wonder rabbi to a duel. The rabbi is known far and wide for his prowess at exorcising dybbuks. The ex-Hasid wants to debunk the “miracle worker,” claiming that if the rabbi can drive a dybbuk out of a person, he should be able to drive that dybbuk into a person. The challenger volunteers to receive the dybbuk.

The rabbi accepts the challenge and sets the time for just before the Neilah service on Yom Kippur. Rabbi and challenger proceed, against counsels of moderation on both sides. A woman possessed by a dybbuk is brought to the town square at the appointed hour, as a great “mob of the simply curious” looks on. The challenger triumphs: the rabbi fails, and retreats into isolation, dying after two years and bringing his Hasidic dynasty to an end. And that, the tale concludes, was the last dybbuk to be seen in Galicia — the challenger had driven them away for good. 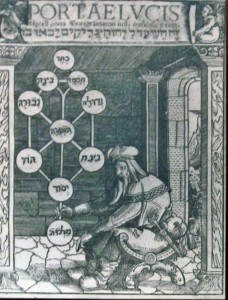 Circular Time is the name I give to that sense of time that moves us perpetually between two alternating poles. “To every thing there is a season, and a time for every purpose…” The famous verses from Ecclesiastes suggest that everything has two opposite poles (birth/death, sow/reap, war/peace,…) and that in this world we move, at the appropriate moment, from one state to the other. When we make peace, we are reentering the state of peace that we left when we entered a state of war.

Consider this: a midrashic legend [1] tells that every newborn has the knowledge of the whole Torah erased from its mind at the moment of birth. Which means that we must spend our days in study, not to learn the Torah but to remember it. In Ecclesiastes’ phrase, “There is nothing new under the sun.” Or as Hillel Seidman, Jewish Orthodox political figure in pre-War Poland once put it, “That which didn’t happen before, shouldn’t happen now.” A 19th-century popular Yiddish song [2] puts it this way: “All the world is a little wheel, / And time is rolled. / Fortune and misfortune, honor and wealth / Just roll alongside. / One person lives out his world in such poverty, / The other lives in such plenty. / In the blink of an eye, things are reversed: / The little wheel has turned.”

This notion of galgl khoyzer—the wheel of fortune—is related to the mystical concept of gilgl hanefesh transmigration of the soul—a departed soul which “rotates” into a newborn body. Which in turn developed into the notion of a dybbuk—a departed soul that penetrates a mature living person (rather than a newborn).

The traditional view of time has two realms existing at the same time: the natural and the supernatural. The invisible afterlife (Yiddish: oylem habe—literally “the world to come”) rolls along at the same time as the observable world. Hasidic rabbis were (and are) thought to be able to negotiate between the two realms for benevolent purposes. A dybbuk is a malevolent intervention of the supernatural world into the natural world.

In the traditional view of time, the end of days will bring a union (or reunion) of This World and the Other World. As the Chabad website Judaism 101 explains, “The World to Come” can refer either to the afterlife of departed souls or to life on earth after the Messiah comes (the End of Days). But, crucially, this post-messianic Paradise is nothing new. It is, in the words of the Christian poet John Milton, “Paradise Regained.” One complete turning of the wheel of time. In other words, in the end we’re back in Paradise where we started. 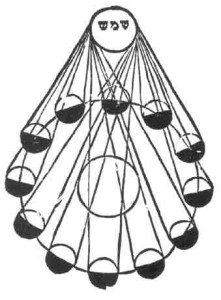 In the secular, scientific view, there is only one realm: the natural world. Life moves through time in one direction only: forward. This is what I choose to call Linear Time. If the world is improving, it’s not because it is recapturing a lost paradise. If things get worse, we are still progressing. (As Ogden Nash put it, with characteristic wit: “My dictionary defines progress as an advance toward perfection. / There has been lots of progress during my lifetime, but I’m afraid it’s been heading in the wrong direction.”) Periods of decline are temporary setbacks; advance toward perfection is inexorable (as long as we keep acting rationally). In “The Last Dybbuk” the maskl’s rabbi tried to dissuade him from challenging the wonder rabbi because “truth did not require uproar and frenzy to prevail. It went silently and moderately about its work. In any case, deceit would not endure for much longer, because darkness must fly from the oncoming victory of light.”

This view of the world sees progress as incremental (progressing “silently and moderately”), as the result of the spread of truth and the decline of ignorance and superstition. A striking defense of this viewpoint in our century is Steven Pinker’s masterful study of the worldwide decline in violence, “The Better Angels of Our Nature.”[3] For a generation raised on the horrors of two 20th-century world wars and the attendant and subsequent genocides, Pinker’s claim that we live in the least violent world in human history will strike many as stunning. But even readers reluctant to accept his conclusions concede that his arguments are cogent and worthy of serious consideration.

Pinker’s (carefully guarded) optimism stems from a conviction that “human nature” is not a constant, determining factor; it can be, and has been, better managed over time—truly the conviction of a latter-day maskl. Latter-day mystics like the modern Hasidim and the modern “Torah world” tend to accept that nature (the physical world around us) can change over time but that the level of human spirituality is declining, not improving. An online discussion of yeridos hadoros (the declining authority of Torah scholars compared with earlier generations) gives an interesting glimpse of this perspective. In discussing why certain medicinal cures mentioned in the Talmud aren’t used today, one blogger writes, “The most widespread explanation offered for this is nishtanu hatevaim, “nature has changed” – cures that worked in the times of the Talmud are no longer effective….It has also been suggested that the cures had their effect on the inner, spiritual level of the affected person, and therefore were effective only for the people of the era of the Sages who were on a higher spiritual level than nowadays…”[4]

But of course there are more nuanced views on yeridos hadoros on both sides. The 17th-century Jewish kabbalist philosopher Moshe Chaim Luzzatto, known as the “Ramchal,” is said [5] to have suggested that as we approach the time of the Messiah, the average spiritual level of the Jews will rise but the heights reached by the gedolim (the “giants” of their generation) will fall. Thus he envisioned a broader, more even distribution of spirituality—approaching a state of spiritual equality in the messianic era.

I believe that this suggestion of the Ramchal’s is echoed in the thinking of today’s maskilim, and also gets to the heart of the conflict between the wonder rabbi and the maskl in “The Last Dybbuk.” Today’s secular humanists argue that what threatens our world most are those societies where authoritarian leaders (e.g. Hasidic wonder rabbis) maintain power by starving their followers of ideas from the outside world. Yesterday’s maskilim strove to open Jewish society to the ideas of the outside world and also to challenge the authority of the then-popular authoritarian wonder rabbis.

The culture war pitting religious fundamentalism against secular humanism, then as now, is a struggle over authority. Who will lead us (and who is “us?”) to the “promised land?” (The Biblical narrative of return to the Promised Land is another example of circular time.) If time moves in a great circle, then we would look to those with the best knowledge of the original Paradise, the masters who can interpret the revealed truths of old. If time moves along a great line, always into new territory, then we need to look to our own abilities to move things along in the right direction. If time moves along a great line, we are best off if, as Pinker suggests (unwittingly echoing the Ramchal), the authority to chart the course forward is widely shared, rather than in the hands of an authoritarian leader/sage/guru/godl/rebbe.

1. A full version of this legend can be found in Midrash Tanhuma, Pekudei 3, first published in Constantinople in 1522. This according to English professor Howard Schwartz (author of Tree of Souls: The Mythology of Judaism), writing on Jbooks.com.

2. The text is based on a poem (first published in Odessa in 1869) by Yitskhok Yoyel Linetski, ironically (in the context of this discussion) one of the foremost maskilim of his day, author of a scathing satirical attack on Hasidism and its rabbis, Dos poylishe yingl (The Polish Boy). Linetski uses the cyclical quality of good/bad fortune to draw an ethical lesson: “Take notice of everything and draw an example from all things…” Here is the maskl referencing the traditional view of time but taking it in an Enlightened direction: each individual is urged to use reason to navigate the way forward.

3. The Better Angels of Our Nature: Why Violence Has Declined (2011) by Steven Pinker. Pinker is an exemplar of the modern maskl. Ross Douthat, writing in the New York Times, takes a jab at Pinker for overreaching by assuming that “we owe almost everything to the Enlightenment, and all that came before was a long medieval dark.” (“Steven Pinker’s History of Violence,”New York Times, October 17, 2011)