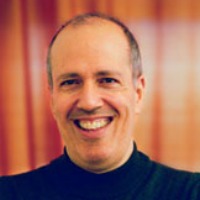 Josh Waletzky is an award-winning documentary filmmaker, born and raised in New York City. He has worked as a director, writer and editor on numerous documentary films about cultural and social themes, beginning as a sound editor on Ibeorgun (1975, the Kuna Indians) and Academy Award-winningHarlan County, U.S.A.(1976, striking coal miners). He directed and edited such films as Image Before My Eyes (1981, Jewish life in pre-Holocaust Poland), Partisans of Vilna (1986, Jewish resistance to the Nazis), Academy Award-nominated Music for the Movies: Bernard Herrmann(1992, Hollywood’s greatest film composer), Dashiell Hammett: Detective. Writer. (1999, the inimitable writer-icon), and Sacred Stage: The Mariinsky Theater (2005, the Kirov Ballet and Opera survive into the 21st century). His editing credits include Emmy Award-winning Itzhak Perlman: In the Fiddler’s House (1995, world’s premiere violinist embraces klezmer music), Peabody Award-winning Revolution! (1997, birth of the United States), A.C.E. Eddie Award-nominated The Endurance: Shackleton’s Legendary Antarctic Expedition (2000, the Anglo-Irish explorer), Emmy Award-winning She Says: Women In News (2001, gender and journalism) and The Venetian Dilemma (2004, wonder-city as museum or viable habitat).

Waletzky is a graduate of Harvard College and NYU Film School, where he studied acting and directing with Marketa Kimbrell. He was a script and music consultant to Barbra Streisand on her production of Yentl (1983), and has worked as a director on script development, including the screenplay for Simple Justice (1987, a 1940s Kansas housewife and civil rights pioneer), under a grant from the New York State Council on the Arts.

Waletzky has also been a lifelong force in the field of Yiddish music, and co-produced the Grammy-nominated album of Jewish songs of resistance, Partisans of Vilna(1989). His groundbreaking CD of original Yiddish songs,Crossing the Shadows (2001), was hailed as “a classic of the American-Jewish folk revival”.

Josh is interested in the ways that people integrate ritual into their lives—from traditional Jewish life in 19th century Eastern Europe to ironic Jewish life in contemporary Brooklyn. Together with Jenny Levison, he explores the ways these times are fundamentally similar, and looks to both to inform our art.

LABA PROJECT
(Together with Jenny Levison)

We are creating a devised theater work with dance, music, and other design elements TBD, adapted from The Last Dybbuk—a mesoyre, a supposedly true story of the supernatural, that we found in Bine Weinreich’s collection of Yiddish Folktales. Briefly, it’s the story of a Hasidic wonder-rabbi, the Lashkovitser Rebbe, famed for his ability to exorcise dybbuks and a former Hasid named Mekhl, who has broken with Hasidism and embraced the haskole, the Enlightenment, and now believes that the whole dybbuk phenomenon is a sham. Mekhl challenges the Rebbe to a showdown, telling him that if he can truly drive a dybbuk out of someone, he should be able to drive a dybbuk into someone. He volunteers to be that person (to receive the dybbuk into his own body) and challenges the Rebbe to prove his powers. The Rebbe accepts the challenge, and sets the duel on Yom Kippur, the holiest day of the year.  When the Rebbe fails the challenge, Mekhl humiliates him by bending over, ass first, taunting, “Yishokeyni” (“Kiss me…”).  The Rebbe retreats to his home in defeat, where he stays until his death. And that, the story says, was the last time a dybbuk appeared in Galicia. As collected, it’s a short story with almost no development of the character’s backstories or reasons for conflict. Who is the woman who is possessed by a dybbuk? Does she believe in dybbuk possession? Is she manifesting a fight against authority? Why did Mekhl break with Hasidism? What drives him to disprove the rebbe? What’s his relationship to Yom Kippur? What about the townspeople/observers? Are they impartial observers? Do they feel pulled between two ideologies? When we started to do the work of adaptation, we realized that the story takes place as one era was coming to an end, and another was starting, and that this clash of time and ideology is central to creating a probing theater work from The Last Dybbuk. We’re also interested in questions that we face in our daily lives, and the characters also face: how much time do you give something before you realize it will never change? When do you know that something (a relationship, a difficult period, a depression, a political or spiritual era) is over?

“Project Menorah”
(Together with Jenny Levison)

We are interested in the rituals of thinking up the ingredients, procuring them, and building the menorahs. We are interested in the ingredients themselves, and how they change the meaning of the menorah. Is a bagel, lox, and cream cheese menorah somehow more kosher than a Spam menorah? And speaking of kosher, does the shames need to be higher than the other candles when you are making a menorah out of Jell-O? Does the matzo ball menorah violate the custom against mixing simkhes? (ein m’arvin simcha b’simcha) We are also interested in the interaction of flame with food—especially of course when the oils in the foods keep the flames alive. Will the marshmallows catch on fire? Will the satsuma skins spark when the flame reaches them? Which keeps the flame alive longer—cheddar or whitefish? Finally, we are interested in the theater of it all. We turn out the lights. We watch the candles burn, dance, and die.