Tamar: mother against all odds

Ruby Namdar on the bible’s black widow harlot
The name Tamar, in Hebrew, means a date or a date tree. In a world without processed sugar, where fruits are the rare and precious sweets the name reads as “a sweet thing”, “a tasty morsel” or simply as “candy”. And it seems like this is exactly how the beautiful young bride was treated as she was brought into the tent compound of Judah, son of Jacob, and given as wife to Er, his eldest son. But the nuptial harmony is soon disrupted: And Er, Judah’s first-born, was wicked in the sight of the LORD; and the LORD slew him. The Bible does not explain the nature of this wickedness, but the verbal code of the description suggests a sexual sin or transgression.

Judah, in the tradition of the ancient code orders his second son, Onan : ‘Go in unto thy brother’s wife, and perform the duty of a husband’s brother unto her, and raise up seed to thy brother. Onan, according to this ancient code, must sleep with his dead brother’s widow and beget her with a son – who in his turn will inherit the dead brother’s name, and with it the firstborn’s right of dominion and inheritance. Onan does not rise to the occasion. He does not want to sire someone else’s son and thus create his own rival to the title of heir to the clan’s patriarch. But, in a cowardly fashion, he does not defy his father openly. He comes in unto the confused and frightened young widow (as far as we know she may have been a mere teenager at the time) who sees him as her redeemer, and savors the sexual delicacy that fate threw his way but when the moment of truth comes he pulls away from his obligation: And Onan knew that the seed would not be his; and it came to pass when he went in unto his brother’s wife, that he spilled it on the ground, lest he should give seed to his brother.

We are not told how long this charade went on, and how often the young bride was used this way in vain – helpless and perhaps even oblivious of the futility of her condition. Only that divine intervention stops this crime. The Lord smites Onan as a punishment for his sin and Tamar – now shunned as a “black widow” and a “husband-killer” – is sent back to her father’s tent where she is supposed to lead a quiet life of widowhood until the last remaining son of Judah, Shelah, is old enough to perform his duty to her and beget her (and his dead brother) with a male heir. The years pass. Tamar waits obediently for her young brother-in-law to come of age. Perhaps she is happy to cling to her denial and pretend that she believes Judah, and his vow to risk the life of his young son by marrying him off to a cursed woman who bears death to all who lie with her. But something shakes her out of her denial and passivity: And it was told Tamar, saying: ‘Behold, thy father-in-law goeth up to Timnah to shear his sheep.’ The sudden arrival of the distant father- in-law who holds the key to her fate causes Tamar to do an unheard of and scandalous thing: And she put off from her the garments of her widowhood, and covered herself with her veil, and wrapped herself, and sat in the entrance of Enaim, which is by the way to Timnah; for she saw that Shelah was grown up, and she was not given unto him to wife. The removal of the garment of widowhood and putting on of the costume, the mask of harlotry has a deep symbolic significance. Tamar move from a place of passivity to a place of agency, from being a sexual object to a subject who uses her sexuality in order to take her fate into her own hands and not wait for patriarchy to do the right thing.

The trick works: When Judah saw her, he thought her to be a harlot; for she had covered her face. And he turned unto her by the way, and said: ‘Come, I pray thee, let me come in unto thee’; for he knew not that she was his daughter-in-law. Tamar plays her hand well. She demands from him his staff, his signet and his cord – intimate objects that are identified with him. She conceives, impregnated by a father-in-law who thinks he is doing it with a common harlot.

When the news of her pregnancy reaches Judah he issues a short and brutal verdict: ‘Bring her forth, and let her be burnt.’ This verdict further accentuates the amazing bravery of the young woman who demands, against all odds, her right to motherhood. Judah, the male authority figure, has all the power, she has none. But yet, she refuses to accept her passive role and risks her life in an attempt to regain her dignity and place in society. On the way to be burned on the stake she sends Judah his signet, staff and cord and places before him a moral dilemma: ‘By the man, whose these are, am I with child’; and she said: ‘Discern, I pray thee, whose are these, the signet, and the cords, and the staff. This is a very dramatic moment. All Judah needs to do is toss these objects aside and order his servants to go ahead with their gruesome mission and erase the shame from the face of the clan. I cannot but imagine that Judah was tempted to do just that, but was then overcome by his integrity.

In one of the most moving moments of the Bible he declares: ‘She is more righteous than I; forasmuch as I gave her not to Shelah my son.’ This is a triumphant moment, not only for Tamar but also for Judah who, inspired by the bravery of the young woman, allowed himself to be brave and do justice. The Bible rewards them both with a pair of male twins, the ultimate symbol of fertility and bounty. It rewards us, the modern readers, with a great model, truly a Jewish feminist culture heroine: Tamar, who started as nothing more than a “sweet thing” a sexual delicacy used for pleasure and tossed aside and over time became a proud matriarch who took matters into her own hands and managed, within the tight rules of ancient patriarchy, to exercise agency and determine her own fate. 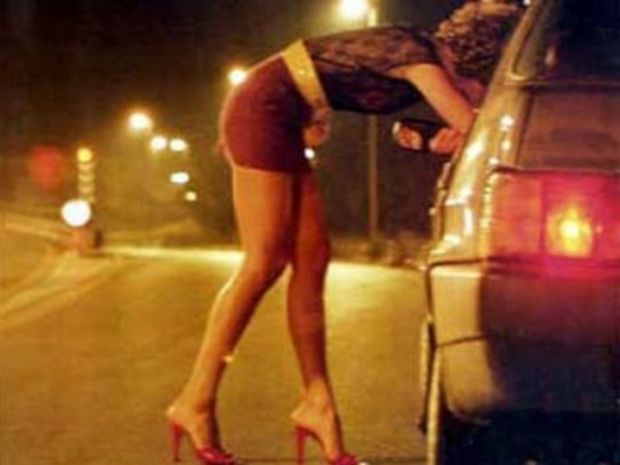