MY WRONG BE UPON THEE 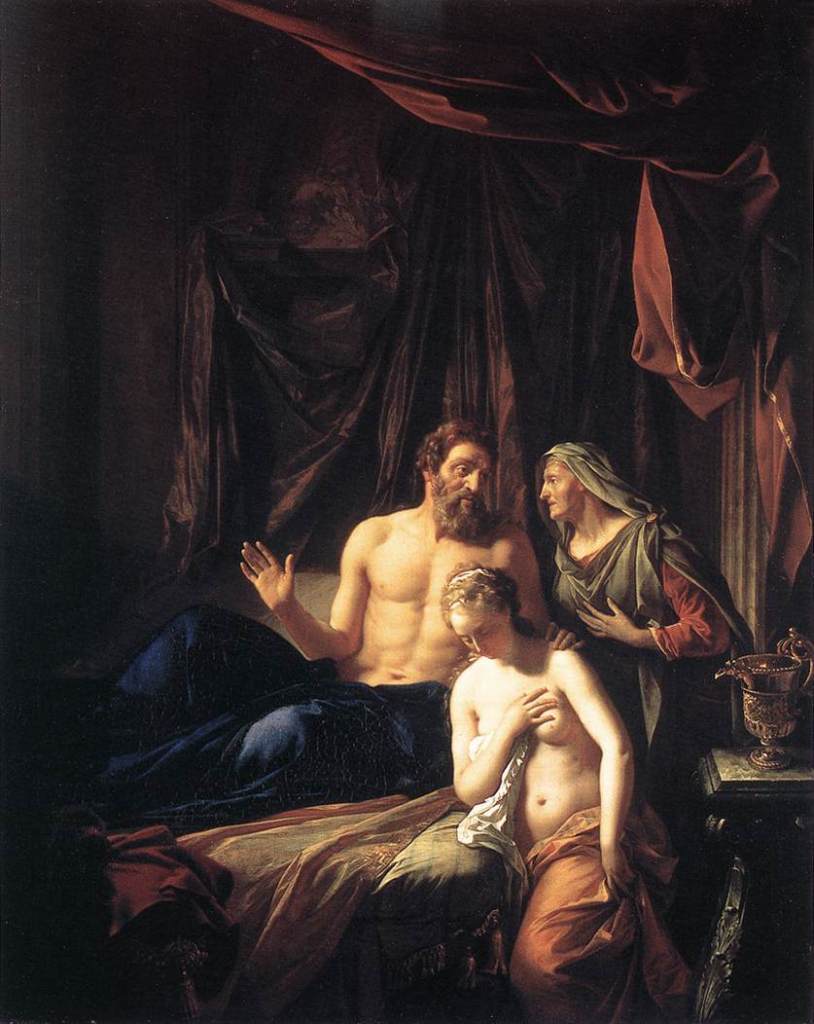 Motherhood, especially with the first child, is an extremely tender, and hence vulnerable, state. But this extreme state of fragility is also a time in which the visible and invisible structures of power in the family and the community undergo massive changes. A birth alters forever the delicate fabric of relationships, not just the most obvious one – the one between husband and wife – but also every other relationship. Autonomy, superiority, standing and status are all affected irreversibly. This is still the case today, but it is much more so in traditional and pre-modern patriarchal societies where women have few other avenues but their fertility through which they can gain power and influence in the domestic sphere.

Nothing can demonstrate this duality of vulnerability and power more than the still-bleeding story of Abraham, Sarah and her handmaid turned rival-wife Hagar the Egyptian. Sarah is a beautiful Mesopotamian aristocrat – rich, powerful and confident. Sarah’s barrenness is bitterly ironic, a cruel karmic joke that renders all her many advantages meaningless. Hagar is an Egyptian handmaid, a slave – defenseless and powerless. Hagar’s only advantage, her only tool for power, is her youth and fertility.

Her speedy conception and pregnancy are also part of the cruel joke, a slap in the face for Sarah who cannot but take personally the fact that her once-slave has not only become a rival wife but is also gaining superiority over her former mistress with every week that is added to her pregnancy. Sarah is desperate, and her despair pushes her to challenge her husband (who maintains a surprisingly passive role in this domestic drama) blaming him for this sudden imbalance of power that stemmed from the change in the motherhood equation. “My wrong be upon thee” sounds almost like a curse, not just a mere reproach. I hear in it the bitterness and resentment built through many years of following him around, led by a voice that only he hears, being constantly re-assured that a great future is ahead while her last years of fertility are spent in deadening bareness.

It may be this very bitterness that she then misplaces on the poor young woman, unable to direct it towards Abraham, the champion of her youth. It may be the same fury that causes her to blackmail him into sending Hagar, his wife and mother of his first born son, to die a cruel death in the dessert; as if motherhood, arriving to late and after too much suffering, could not fill the void that the many years of barrenness have created in her.

As we see in this story, these women longed for the power bestowed on them by motherhood, but they were also consumed by it. This pattern is common in the book of Genesis, with its many stories of barren women who have to summon divine intervention in order to conceive and come into motherhood. It seems like the pressure to give birth to male heirs who will carry the Abrahamic legacy into the world, and thus become parts of the larger-than-life vocation of our “holy family”, crushes the women of Genesis and takes a huge toll on their biography. They truly are the ones who bear the burden and pay the highest price for participating in the great drama of chosenness and continuity that is at the center of this grand narrative.