HOUSE HAUNTED? WHAT TO DO?

They’re usually the site of a bad event:

or they’re home to a bad person:

In Gothic literature, old memories can’t be sealed off. Locked rooms have a way of opening themselves, and the past is regularly invading and taking over the present.

Architecture, that signifier of wealth, stability and power, gets turned on its head in Gothic tales. In these stories, the set becomes the main character and the players serve as set pieces within a creaking and churning entity that is larger than their stories combined. The building is likely to spit old crimes to the fore and whip the characters into a frenzy, until, as in The House of Usher, it pulls its walls in on itself, sucking the inhabitants in with them. In the best kind of Gothic story, a sick house is a kind of self-fulfilling-prophecy – a made-to-order mausoleum for its inhabitants. 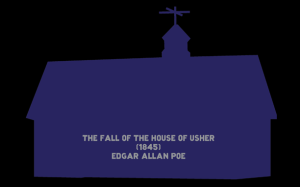 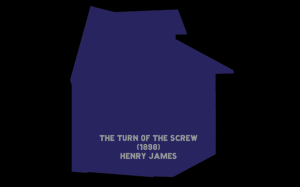 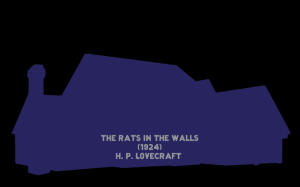 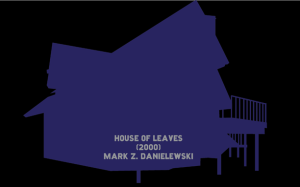 The Winchester House in California is the exception to this rule, offering the most promise to architects. The house was built by the widow of the the Winchester rifle baron who, visited by ghosts at night, was told by a psychic that she should start building and never stop. As long as she kept on building, the medium prophesied, the labyrinth of halls, doors, and nooks would trap the lost souls murdered by her husband’s products. She chose a site in Northern California and built  for over 40 years. In her house, stairwells are capped with ceilings and doors lead into Escher-like mazes. The story is an alluring dream for builders – it shows there is a Prometheansolution for our human foibles. If we could only just keep building, everything will be okay! Most Gothic lit doesn’t give us that option, though: We will, like the inhabitants of the The House of Usher, vanish into the marsh.

Very seldom in the world of haunted houses is there a human authority who can come and get things back on track: priests run away screaming, tough guys get felled, and some characters, as in Danielewski’s House of Leaves, get inhaled by the sentient structures they’re meant to guard.

Like a patient, these homes have symptoms: they start out a little tired but soon they’re achy, groaning, and cold to the touch. There is often the hope that a topical sprucing up will help “it” get better, but usually what’s “wrong” with the structure is deep in its core. Only a radical act of destruction or a supercharged event can diffuse it. In Leviticus, this occurs through transference – a bird can fly away with the house’s sins – but in fiction, cleansing is more often achieved through radical acts of destruction. The rituals for removing plague from a home are rendered impotent. Like the teams that set off explosions next to burning oil wells to extinguish them, something bigger must come along to put out the house. Sometimes putting out “the fire” means filling in and abandoning the well—breaking the stones and mortar and carting them out of the city “into an unclean place.” The loss of the investment is justified in the preservation of communal well-being. 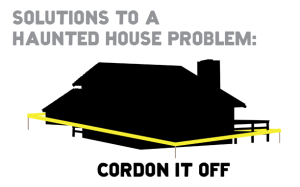 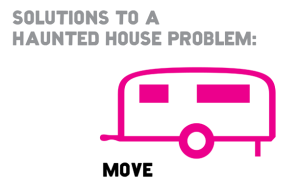 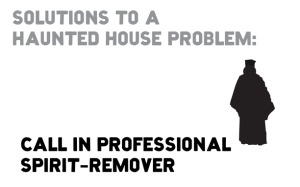 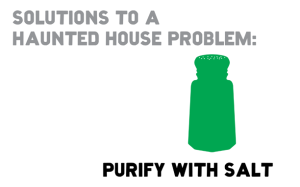