Cain and Abel and Us
by Karen Loew 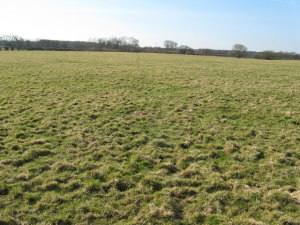 Mountain meadows are fields. So are rolling prairies, and farmers’ plots.  In the Biblical imagination, these grassy, open spaces are places of wildness, where the unexpected can happen. (Think of the untamed forest in Grimms’ Fairy Tales.)  In Genesis, fields are fresh, still-forming places, wet with creation, and are prominent features in a number of stories. A field is where Cain, the older son of Adam and Eve, kills his younger brother Abel in chapter 4.

Having lived in the country as well as the city, to me the freedom that fields offer is oxygen for the soul. Whether frolicking under a full moon, treading the long lanes between trees in an orchard, dancing to live music outside, or observing what nature does all by itself, time spent in fields is sublime.

I spoke with Y members about their experiences out in the wide-open, whether at a national park or a farm.

What’s a wild experience you’ve had in a field?

From the East Village

At the Y: We go to Family Swim

The word “field” immediately brought to mind their family’s other home in rural northeast Pennsylvania.

Tsameret: We’ve seen deer, raccoons. I’ve once seen a wild horse come up my driveway. A short little chubby horse. It was blond.

Moriah: When we were, like, young, we would go down in the field.

Tsameret: We would see grasshoppers and toads and raccoons.

Tsameret: You can easily get lost. But it’s very nice and peaceful.

Moriah: We can go outside without our parents.

Tsameret: Next summer we’ll go back. We’re getting new baby chickens. We also have a goat called Goldenrod.

My husband and I did a lot of traveling around the United States, seeing the open spaces. At Mount Rushmore, when we were going in, they had a lot of buffaloes.  …  My husband wanted to see an elk. We tried so hard, looking all over, trying to see, and nothing happened. And then suddenly, we see something very far away. So we make a sharp turn, to go see it…it was a man-made one, a piece of art. He was so disappointed. You know, they did that on purpose, to fool people like me.

Traveling through the country is so beautiful. Absolutely beautiful. I recommend it. We went cross-country, to California, all over. Two trips like that, like five or six weeks on the road. I remember the sunflowers, how they turn around. At the same location, at another time of the day, they follow the sun.

At the Y: Plays pick-up basketball, works out, takes son to activities

My grandparents owned a farm in the Dominican Republic. I can remember, summers, going over there. Feeding the animals, milking the cows, things like that. I was about 6,7,8, around those years. My grandparents came to the States, so they sold their land. They live here now.

At first, I remember it being kind of boring.  But after a while you get used to it and it’s actually pretty fun. You wake up to the roosters in the morning, and the sunlight hits, it’s not the alarm or your parents waking you up, saying ‘it’s time for school.’ So it was different. It actually got pretty fun once you knew what you were doing. You know in the morning you have your chores to do.

It felt, I guess, free. Being in the city, it’s so cluttered and stuff. There you wake up and you can run around, whatever you want to do.

At the Y: We go in the pool

I don’t know about a field, but I once almost froze to death in Yosemite National Park. It was like five years ago. My husband and I like to hike. So we were hiking out there, and they told us beware of bears. So we were all prepared to fight the bears. I was really scared. I was not a big fan of bears.

And you know, we were wearing light clothes. And we had summertime sleeping bags. So when we pitched the tent, the temperature went down to, like, zero Celsius, from 25 Celsius, in 30 minutes. [From 77 to 32 degrees Fahrenheit.] It was August. And we didn’t have anything. And there was very little water.

I slept for an hour. I was exhausted, it was really scary. There was ice on the water and everything. I’ve never seen anything like it. Nobody told us. They were going on and on about the bears. They could have explained to us that the temperature goes down.