YOU ARE PROBABLY IN A MYTHOLOGICAL PLACE RIGHT NOW 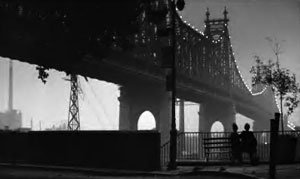 Myths are stories that explain the inexplicable. They answer questions like: Where did we come from? And where should we go?

Like the greats, these mythological places throw into relief the hazy edges of our existence, projecting a semblance of order and harmony amid the chaos. We need them, but we can’t go to them. So what to do but bring them to us.

These mythological places become the grid we lay over our maps, providing coordinates and points of reference, telling us not only how to get from A to B, but also what A and B are.

For me, this place is Woody Allen’s New York.

Right now I am sitting in my apartment in Brooklyn, writing at my computer. If I gave you my address you could look up my apartment on Google maps and see not only my building, but also the third-floor window through which I watch the street below. This is where I am, but this is not only where I am. I am also in Woody’s New York.

I first watched Woody Allen’s movies when I was in high school. I was an ill-at-ease teenager in a Los Angeles suburb now known for its Kardashians; I was in desperate need of myth. I marveled at how Allen and company walked and how they talked and how they ate Chinese food in their queen-sized beds. They did this amid tall buildings, imperfect apartments, and crescent bridges that outshone the moon. There were discussions of art and books, and the jokes I would first laugh at, but would ultimately make me sadder. I found no reason to dwell on the fact that this was cinema, just a fantasy, because – as it is has been for some with other great myths – I simply needed to believe.

Woody Allen’s New York would then come with me wherever I went; I’d lay it over Calabasas (the aforementioned suburb), London, Sydney, and even places like Quito, Ecuador where it had little to hold onto. Eventually I was able to bring Woody’s New York to New York, New York where his New York, my New York, and New York, New York come together to form the place I live in now. There have been other mythmakers too, over the years. Mary McCarthy, I.B. Singer, Spike Jones, and Carrie Bradshaw have all contributed to the topography of the subways and sidewalks around me. But none have had the impact of Woody’s New York. That was my first.

And in recent years I have begun to seek out Woodys wherever I go; I feel ill-prepared for a trip to a new city without first reading the right novels or watching the right movies. For others this might just be about better understanding the culture. For me it is, quite literally, a defining factor of my trip. I simply can’t enter someplace new without some myth in my head, a good story that will seamlessly frame, crop, and edit the place I encounter.